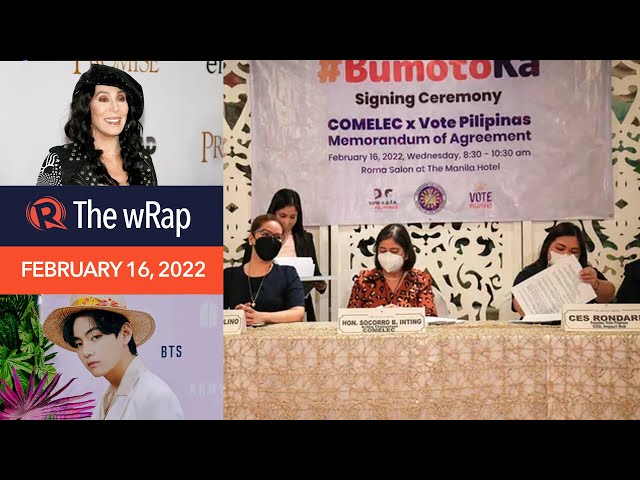 Comelec commissioner Aimee Ferolino says the credibility of the poll body remains intact amid a backlash over its ruling against the disqualification case against Bongbong Marcos.

The ‘Kakampinks’ or the supporters of Vice President Leni Robredo online are ecstatic after American pop star Cher expresses support for the presidential candidate, Wednesday, February 16.

A US patient with leukemia becomes the first woman and the third person cured of HIV. The woman received a stem cell transplant from a donor who was naturally resistant to the virus that causes AIDS.

BTS’s V, also known as Kim Taehyung, tests positive for COVID-19. He is being treated at home and waiting for guidelines from health authorities. – Rappler.com