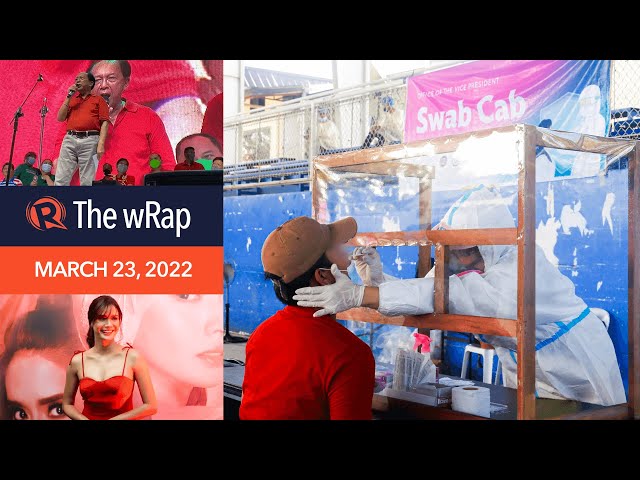 The Comelec on Wednesday, March 23, finally allows the Office of the Vice President to continue its COVID-19 programs after suspending them at the start of the campaign period.

Quezon Governor Danilo Suarez backs Ferdinand ‘Bongbong’ Marcos Jr. this elections, like he did in 2016. He denies Bongbong’s father had a hand in the coco levy fund scam that victimized many of his constituent farmers.