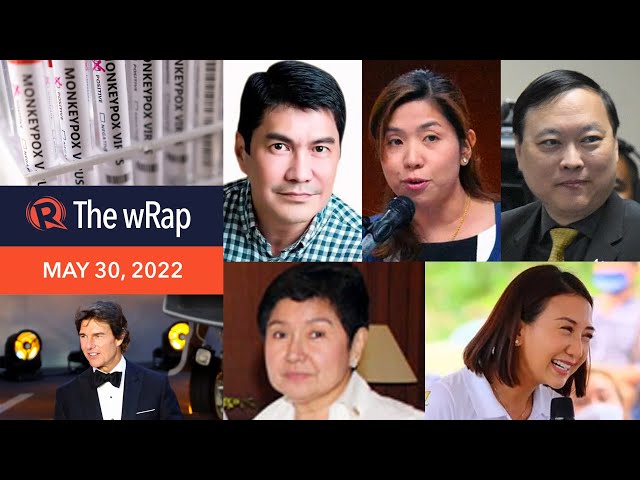 For the second time, the Commission on Appointments delays the confirmation hearing of five ad interim Duterte appointees to three constitutional offices.

The World Health Organization says monkeypox constitutes a “moderate risk” to overall public health at global level. This, after cases were reported in countries where the disease is not typically found.

Top Gun: Maverick pulls in blockbuster ticket sales in its opening weekend. It collects at least $124 million from a record 4,732 North American cinemas.

Red Velvet is confirmed to return to the Philippines to perform at the BE YOU The World Will Adjust event on July 22 at the SM Mall of Asia Arena. – Rappler.com