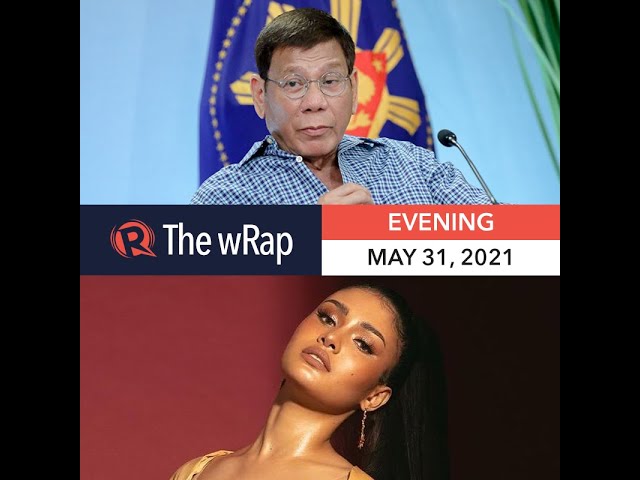 The National Council meeting of Partido Demokratiko Pilipino-Lakas ng Bayan or PDP-Laban pushes through Monday, May 31. It formally adopts a resolution urging President Rodrigo Duterte to run for vice president in the 2022 elections and choose his candidate for president.

Davao City Mayor Sara Duterte confirms on Sunday night, May 30, that she met the day before with Bongbong and his sister Senator Imee Marcos.

The National Grid Corporation of the Philippines or NGCP places the Luzon grid under red alert on Monday, May 31. This is the first time it has done so since June 2019. A red alert means there is insufficient power supply in the grid.

Mayors in Metro Manila are in favor of keeping general community quarantine or GCQ restrictions in June.

After much speculation online, Miss Universe Philippines Rabiya Mateo says she’s in a ‘complicated situation’ with Neil Salvacion, her boyfriend of over 7 years. – Rappler.com