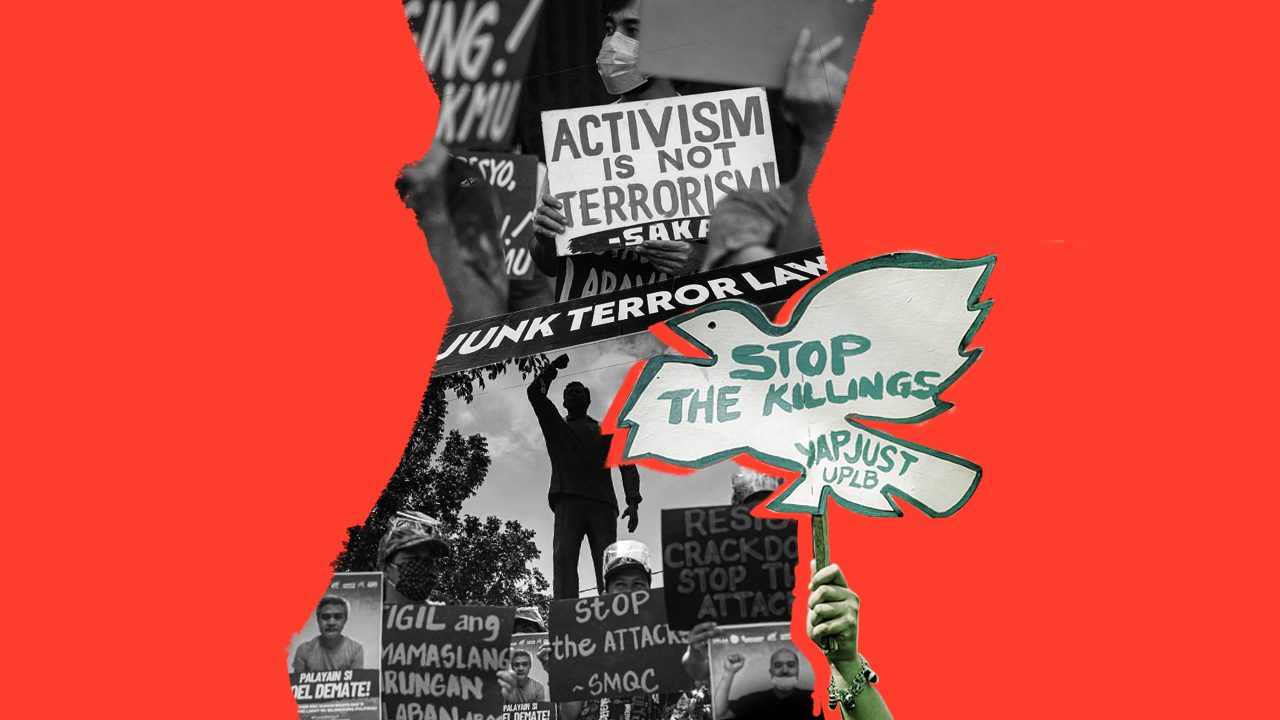 As they ramped up criticism of the government’s problematic policies, including the violent war on drugs, they had been on the receiving end of threats and harassment from Duterte and his supporters and allies.

Deadly rhetoric from the presidential pulpit translated into violence against people on the ground. Many were killed and arrested all over the Philippines. In one day alone on March 7, tagged as “Bloody Sunday,” at least nine activists were killed by the police and military.

As of August 2021, rights group Karapatan had documented 421 incidents of killings since July 2016. There were also least 504 recorded cases of frustrated killings, while 1,138 activists had been arrested and detained over the past five years.

All of these happened while the state used its resources to mount massive efforts to tag activists as communist rebels. Even community pantries, an effort lauded for having filled in the service gaps left by the government during the pandemic, were accused of being vehicles for communist propaganda.

In between the attacks were important wins. At least 24 activists were cleared and freed in 2021 for charges related to searches and search warrants. The latest were three peasant leaders ordered released after spending 10 years in jail.

But looming over the heads of not just activists but Filipinos is the threat of the anti-terror law. The Supreme Court recently upheld most of its provisions, except a phrase under Section 4 that would’ve made dissent or protest a crime if it had an intent to cause harm, and the anti-terror council’s power to designate a person or a group as terrorists based on another country’s request.

Groups fear the deadly consequences of the SC’s decision not to junk the entirety of the contested law, with Karapatan saying that this will “only set to worsen the already dismal human rights situation in the country.”

What will 2022 bring? Read Rappler’s coverage of attacks against activists, rights defenders, and community organizers to get a sense of what they are bracing for: