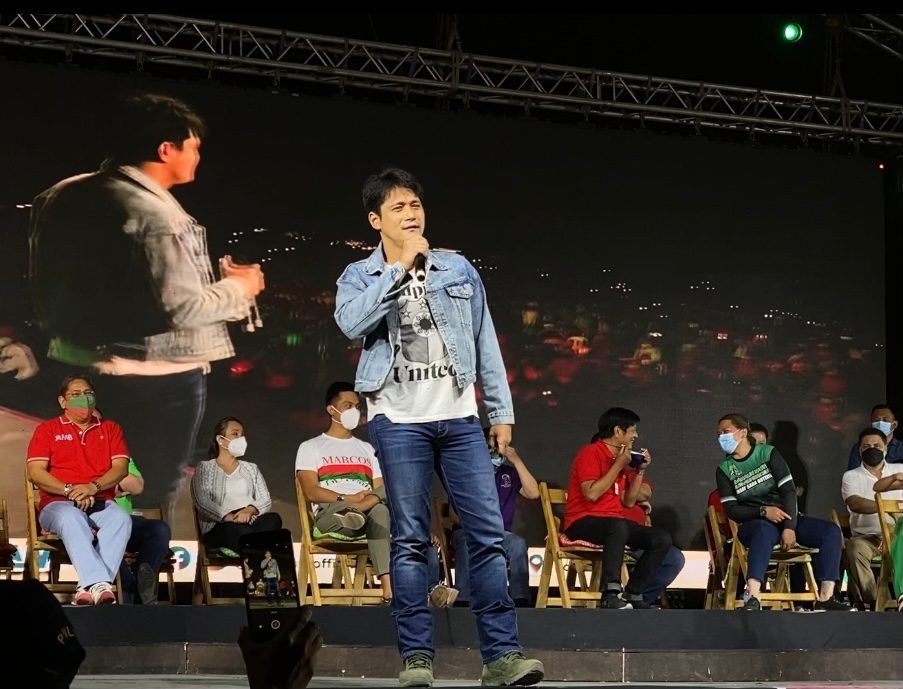 Facebook Twitter Copy URL
Copied
(3rd UPDATE) On February 17, Marcos spokesperson Vic Rodriguez says the Uniteam still only has 11 senatorial candidates and that Padilla 'has yet to be officially made part of our senatorial bets'

ILOCOS NORTE, Philippines – There’s confusion in the Marcos-Duterte Uniteam as to whether controversial actor Robin Padilla is the 12th and final member of its senatorial slate.

(First of all for our team mates in Uniteam, we are now 12 today.)

Padilla even joined the Paoay rally, singing Eric Clapton’s “Wonderful Tonight,” and pitched to be the only Muslim in the next Senate.

But in his own speech, presidential candidate Ferdinand “Bongbong” Marcos Jr referred to Padilla as “not technically” part of Uniteam.

In an ambush interview after the rally that ended past 11 pm, Marcos told reporters: “He’s not in the 12, but he’s part of the team.”

“Because she comes from a different party, sinama niya si Robin (she pulled in Robin) to which I have no objection,” Marcos said. 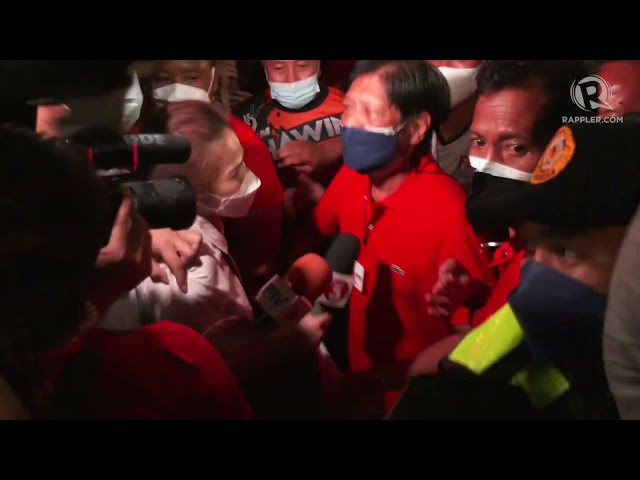 Duterte is running under the Lakas-CMD party, while Marcos is under the Partido Federal ng Pilipinas. Padilla, who was granted executive clemency by President Rodrigo Duterte over an illegal possession of firearms conviction, joined the ruling party PDP-Laban during the week of filing of candidacies.

Marcos’ national campaign manager Benhur Abalos said he will follow what his candidate said, which is that Padilla is not officially Uniteam – or at least not yet.

“We still have to check that. You heard what BBM said. He’s a friend, that’s what he said. So we just take it from his speech from a while ago,” Abalos told reporters after the rally.

Reporters were not able to interview Duterte in the flurry of events after the rally. Getting interviews with members of the Uniteam, particularly their standard bearers, is hard, sometimes result in a rowdy scrum even though physical distancing is required.

Padilla himself said he was not sure too if he was now part of Uniteam.

(I don’t know if that is confirmed. There’s no formal yet, but me and Ma’am Sara, I’m really under her wing.)

In his speech, Padilla’s pitch was to be the only Muslim in the next Senate. Padilla said Muslims owed the Tripoli agreement to the late dictator former President Ferdinand Marcos, and the Bangsamoro Organic Law to President Rodrigo Duterte.

Marcos though lost in the now-defunct Autonomous Region in Muslim Mindanao (ARMM) during the 2016 vice presidential election. Critics say this was because of martial law atrocities perpetrated against Moros, and Marcos Jr’s perceived opposition to the then-called Bangsamoro Basic Law when he was still in the Senate.

In a statement on Thursday, February 17, Marcos’ spokesperson Vic Rodriguez said the Uniteam still only has 11 senatorial candidates and that Padilla “has yet to be officially made part of our senatorial bets.”

Despite categorical statements from Marcos and his camp that the actor is not officially part of Uniteam, Duterte still mentioned Padilla in her roll call during the rally in Narvacan, Ilocos Sur, on Thursday. Padilla was also onstage.

“Para sa akin, sinasali ko na siya sa pangangampanya dahil nagpaalam siya kay Apo BBM kahapon,” Duterte said on Thursday. (For me, I include him in the campaign because he asked permission from BBM yesterday.)

Shouldn’t the Uniteam have a realignment? Abalos said on Thursday they will closely talk it out.

“Because you must know that he is a good friend of everyone, mabait siya eh, kaya nga ang ginagawa na namin, ang mga kaibigan, they are welcome. ‘Yun ang sinabi ni BBM kagabi. Let’s take it from their statement kagabi,” Abalos said on Thursday.

(Because you must know that he is a good friend of everyone. He’s kind, so what we’re doing is we welcome those we consider friends. So that’s what BBM said last night. Let’s take it from their statement last night.)

Padilla was among the seven “friends,” that Duterte had been endorsing in Uniteam events even though they were not part of the slate.

The 11 members of the Uniteam slate are:

As of writing, only Marcoleta and Honasan have not been seen in Paoay where an estimate of 15,000 people attended.

Marcos is running on a platform of unity, and has been criticized for lacking specific plans. – Rappler.com