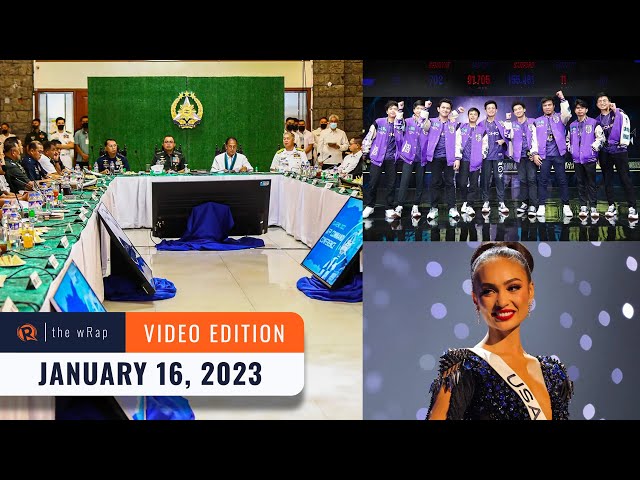 President Ferdinand Marcos Jr. says he reappointed General Andres Centino as military chief to fix a ‘seniority’ problem, in which a three-star general, instead of the traditional four-star, leads the Armed Forces of the Philippines.

Eight people are injured by falling objects in Leyte town, Leyte province when a magnitude 5.1 earthquake struck around 8:28 pm on Sunday, January 15.

Echo dethrones Blacklist International and captures Mobile Legends’ most-coveted crown after a 4-0 sweep in the all-Filipino finale of the M4 World Championship in Jakarta, Indonesia.

Following her big win, Miss Universe 2022 says the first thing she would like to do is to ‘eat some ensaymada.’ — Rappler.com