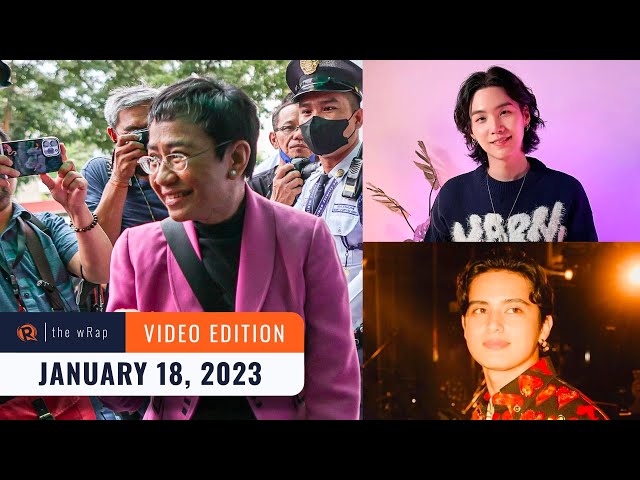 The Philippines’ Court of Tax Appeals acquits Nobel laureate and Rappler CEO Maria Ressa and Rappler Holdings Corporation of four charges of tax evasion filed in 2018 by the Duterte government.

Senators Grace Poe and Koko Pimentel ask whether it is time to find a full-time agriculture secretary.

Climate campaigner Greta Thunberg is detained along with other activists during protests against the demolition of a village.

Marvel Studios announces February release dates for Black Panther and Ant-Man sequels in China, marking the first time in nearly four years that the Communist country has allowed Marvel movies into its cinemas.

BTS is taking over luxury fashion as member SUGA is named the new brand ambassador for Valentino.