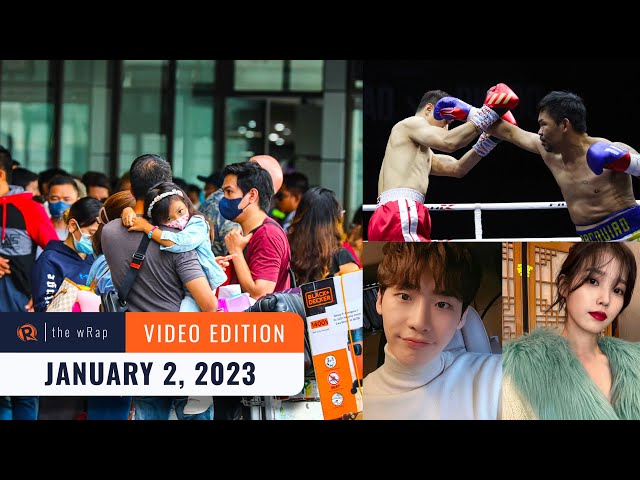 The Senate will conduct a probe into the technical glitch that halted over 300 flights on New Year’s Day at the Ninoy Aquino International Airport or NAIA.

The Department of Health issues an “extremely urgent” memorandum ordering intensified border controls at all ports of entry in the Philippines.

In a New Year’s Eve homily, Pope Francis calls former pope Benedict XVI a noble, kind man who was a gift to the Church and the world.

It’s official: South Korean actor Lee Jong-suk and singer-actress IU are in a relationship. South Korean entertainment site Dispatch claims the two have been together for four months. – Rappler.com