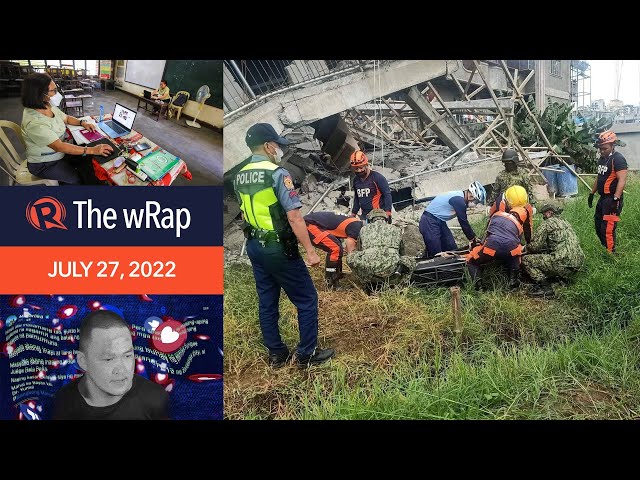 A magnitude 7 earthquake rocked Luzon on Wednesday morning, July 27, with the epicenter located in the province of Abra. The quake was also felt in other parts of Luzon, including Metro Manila.

Vice President and Education Secretary Sara Duterte is eyeing to offload administrative tasks from teachers so they could focus on teaching.

A disinformation researcher says online behavior that sympathizes with a shooter in a top university is troubling. A former mayor of Lamitan City, Basilan, and at least two others were killed in a shooting inside Ateneo de Manila University in Quezon City on Sunday, July 24.

Scientists advising the World Health Organization on monkeypox say the window is closing to stop its spread, with cases currently doubling every two weeks, raising concerns that it will take several months for the outbreak to peak.