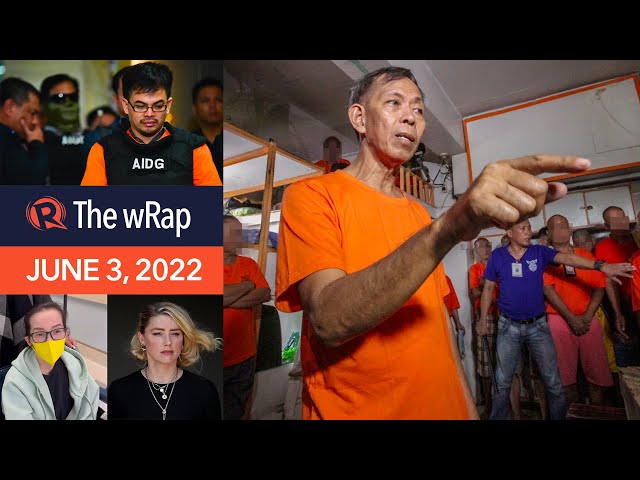 The justice department’s initial investigation finds there was a lapse in protocol when the Bureau of Corrections allowed SMNI to interview kidnapping convict former military general Jovito Palparan.

Alleged Visayan drug lord Kerwin Espinosa is cleared of one of several drug trade charges after the star witness admitted to the court he was ‘forced’ to admit he engaged in drug sales and transactions.

Senator Bong Go says on Thursday, June 2, he and President Rodrigo Duterte will remain members of the PDP-Laban. This, despite the anticipated exit of its members to president-elect Ferdinand ‘Bongbong’ Marcos Jr.’s party.

US President Joe Biden urges Congress to ban assault weapons, expand background checks and implement other sensible gun control measures to address a string of mass shootings that have struck the United States.

Kris Aquino is heading to Houston, USA to receive treatment for a rare, life-threatening disease she was diagnosed with in April. Meantime, Amber Heard will appeal a jury’s decision that she defamed ex-husband Johnny Depp. – Rappler.com