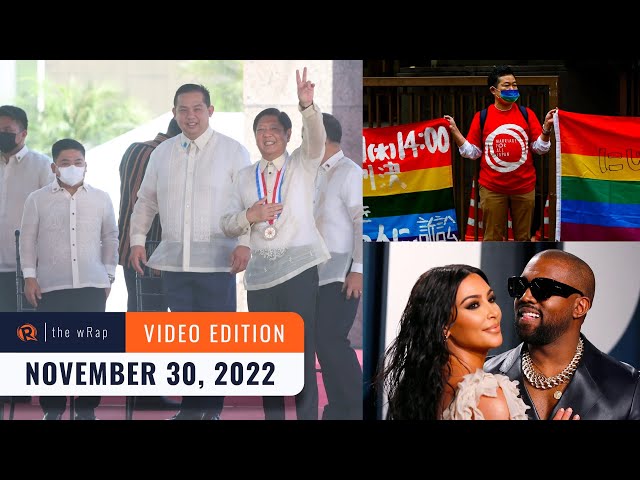 A survey by Octa Research says a majority of Filipinos trust in and approve of President Ferdinand Marcos, Jr. and Vice President Sara Duterte.

President Ferdinand Marcos Jr. ‘hopes’ the Philippines ‘might get lucky’ by Christmas time and see price adjustments related to his promise of rice selling at P20/kilo.

Singapore’s parliament decriminalizes sex between men, but also amends the constitution to prevent court challenges that could lead to the legalization of same-sex marriage.

Kim Kardashian and Kanye West — now known as Ye — reach a divorce settlement, that includes joint custody of their four children and dividing up their real estate assets.

Actor Will Smith addresses his slapping incident at this year’s Oscars, saying “I lost it.” — Rappler.com