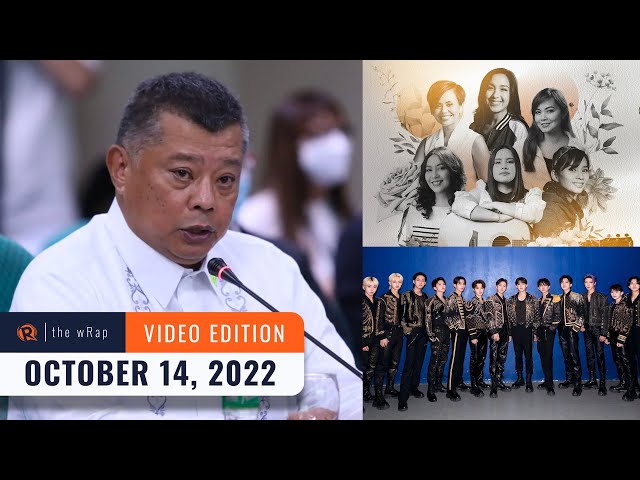 ‘Urging state prosecutors to do one thing or another is interfering.’ This is what President Ferdinand Marcos Jr. said when asked about the plea of detained former senator Leila de Lima for her release.

The Bureau of Fisheries and Aquatic Resources in the Ilocos Region reiterates its ban on the catching or eating of tilapia from the San Roque Dam reservoir.

Six Filipina rock icons are coming together to perform in ‘Tanaw,’ a one-night concert on Saturday, November 26, at the Theatre at Solaire.

Not even a week after their back-to-back sold out shows in Manila, K-pop boy group SEVENTEEN confirms they’re going back to the Philippines!