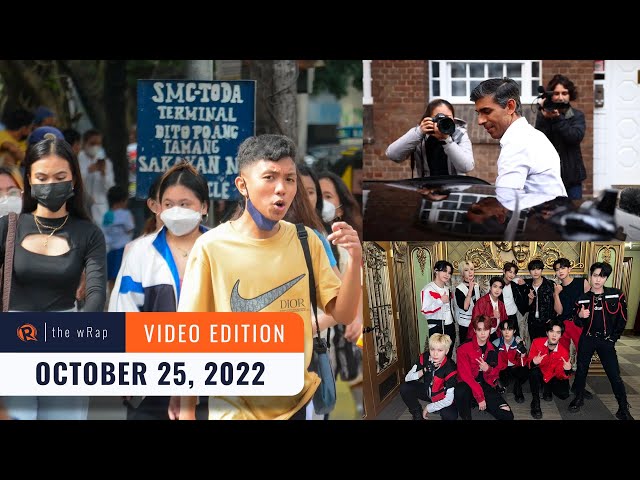 The Philippines is set to allow the voluntary wearing of face masks indoors. Tourism Secretary Christina Frasco makes the announcement on Tuesday, October 25, after their Cabinet meeting with President Ferdinand Marcos Jr.

Vice President and Education Secretary Sara Duterte denies the alleged ‘rebranding’ of Martial Law or historical revisionism in favor of the late dictator Ferdinand Marcos at the Department of Education.

The sister of one of the alleged middlemen in the killing of journalist Percy Lapid gives names that may have been the masterminds behind the hit job.

BBC teases the return of Doctor Who, surprising fans by pulling off a first with a returning Doctor: David Tennant! — Rappler.com