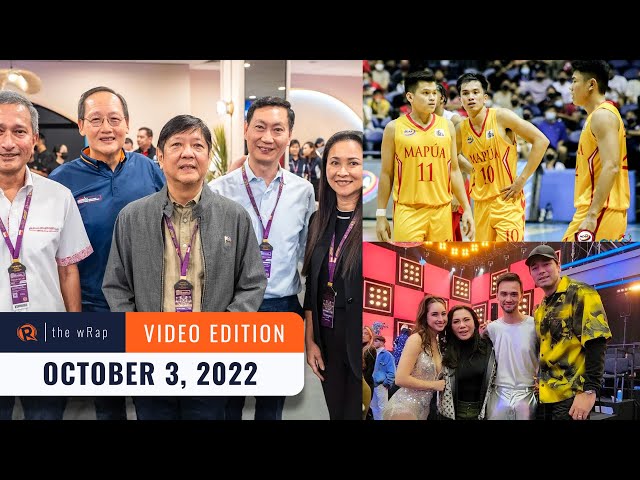 Malacañang confirms President Ferdinand Marcos Jr. was in Singapore over the weekend to watch Formula 1 racing.

Despite the one in 28.9 million chances of winning in the Philippine Grand Lotto, 433 lottery bettors win with the same combination on Saturday, October 1.

The NCAA management committee clarifies its position on the supposed lifetime ban on Mapua player Gab Gamboa saying “no decision has been made” about his fate with the league.

After Russia abandons its bastion Lyman in Ukraine’s east for fear of being encircled, close Kremlin ally and Chechnya leader Ramzan Kadyrov says Moscow should consider using a low-yield nuclear weapon in response.

Coleen Garcia surprises husband Billy Crawford when she joins him in his recent performance in France’s ‘Dancing With the Stars.’

Actor Dominic Roco and four other suspects are arrested in a drug buy-bust operation in Quezon City on Saturday, October 1.