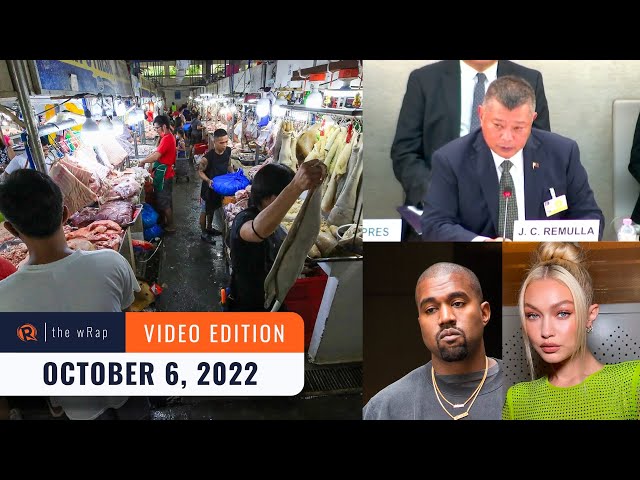 Around 42% of Filipinos disapprove of the Marcos administration’s response to inflation, according to a September Pulse Asia survey.

The Philippines assures the United Nations Human Rights Council it is pursuing reforms to provide “real justice in real time.”

President Ferdinand Marcos Jr., in his own words, says he “put together a government which is functional” and focused on the economy in his first 100 days.

President Volodymyr Zelenskiy says Ukrainian forces have retaken more settlements in Kherson, one of the partially Russian-occupied southern regions that Moscow claims to have annexed.

The Japanese Embassy in the Philippines is now accepting applications for all kinds of visas, including temporary visitors for individual travel, visiting friends, and multiple-entry.