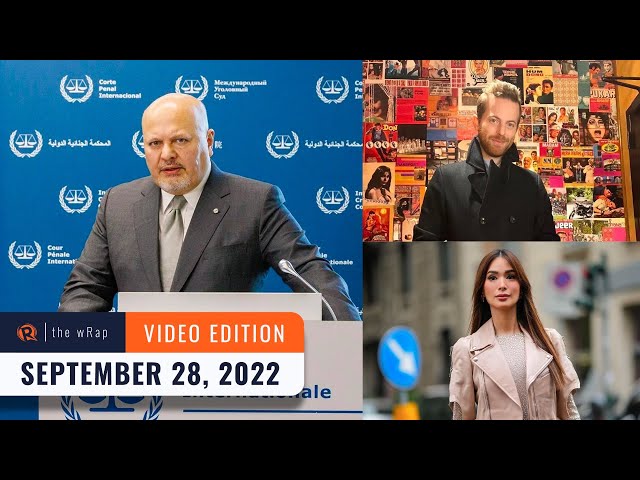 International Criminal Court Prosecutor Karim Khan stands firm on his position that the probe into the drug war killings under former president Rodrigo Duterte should resume.

Fighter jets escort a Singapore Airlines plane to land at the Changi Airport on Wednesday, September 28, after a passenger makes a bomb threat.

Russian-installed officials in the occupied regions of Ukraine report huge majorities of votes in favor of joining Russia.

Popular comedy group The Try Guys cuts ties with member Ned Fulmer after it is confirmed that he cheated on his wife.

Heart Evangelista opens up about her in vitro fertilization or IVF journey. Heart calls the process “one of the toughest, challenging” times of her life.