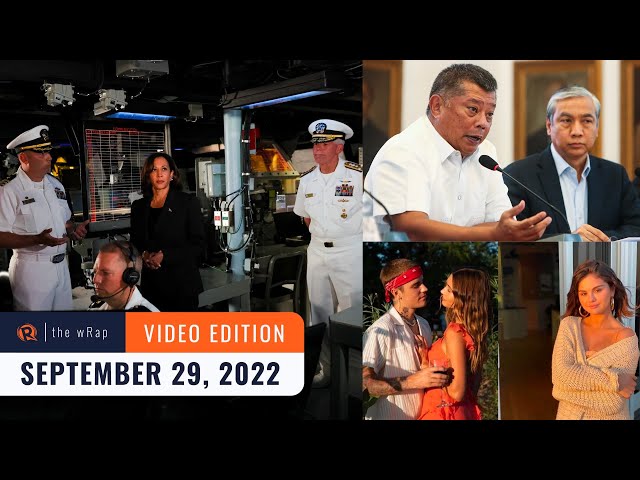 The House of Representatives passes the proposed 2023 budget of the Marcos administration worth P5.27-trillion.

Hundreds of Ukrainians escape through the last Russian checkpoint, as Russia prepares to annex Ukrainian territories, after staging what it calls referendums in four provinces.

Four years after their marriage, Hailey Bieber sets the record straight that she did not steal her husband, singer Justin Bieber, from his ex, Hollywood star Selena Gomez.

Ryan Reynolds releases a video confirming the special appearance of Hugh Jackman in the next Deadpool movie.