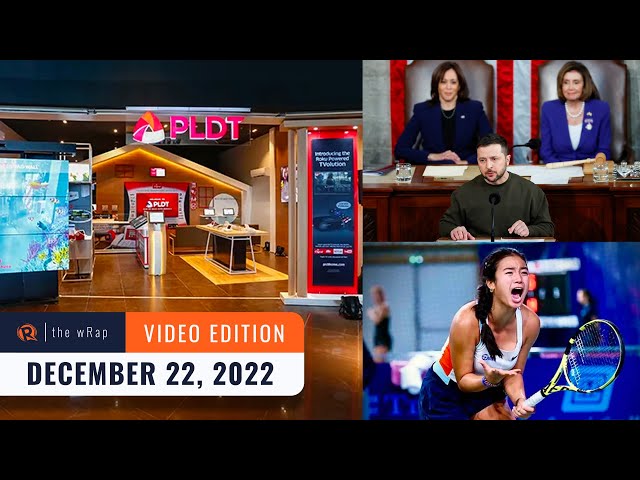 Embattled telco giant PLDT addresses questions about its P48-billion budget overrun. PLDT officials say the overspending occurred at a time when the company faced tirades from then-president Rodrigo Duterte and intense competition in the telco space.

Ukrainian President Volodymyr Zelenskiy, tells the US Congress the Ukraine war will shape the world for generations and no country can hope to be safe if it stands aside.

The Academy of Motion Picture Arts and Sciences announces the shortlists for the 2023 Oscars, leaving Philippines’ bet On The Job: The Missing 8 out of the running for the International Feature Film award.

Another Filipino artist makes it on a billboard on New York City’s Times Square! This time it’s Janine Berdin featured on an ad for Spotify’s EQUAL playlist.