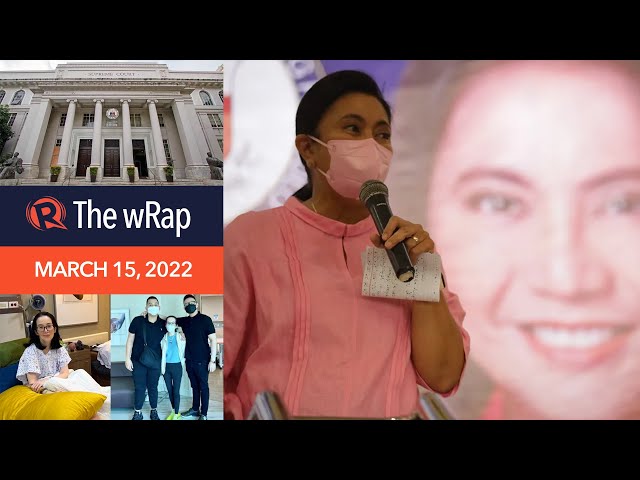 Presidential candidate Vice President Leni Robredo brushes off the attacks of her opponents in the wake of her mammoth rallies across the Philippines.

The Supreme Court orders Rappler and the Comelec to submit their comments on the petition and application for a temporary restraining order  filed by Solicitor General Jose Calida.

Presidential aspirant Ferdinand ‘Bongbong’ Marcos Jr. and running mate Sara Duterte-Carpio are still allowed to join the Commission on Elections or Comelec debates, in case they show up on the day of the event.

Kris Aquino announces on Monday, March 14 that she and her sons have returned to their home after staying at the hospital for a series of preliminary tests. – Rappler.com