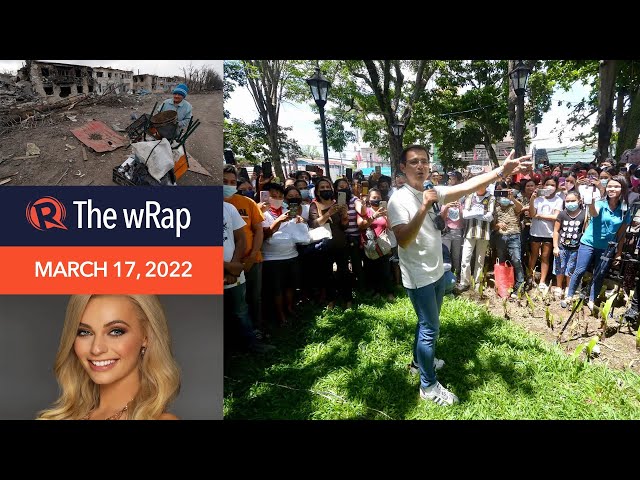 Presidential bet, ex-senator Ferdinand ‘Bongbong’ Marcos Jr. and his running mate Davao Mayor Sara Duterte scores big in Tawi-Tawi province as the governor and all the province’s town mayors declare their support for the tandem.

Candidates, political parties, and groups mounting campaign activities in areas under alert levels 1 and 2 no longer need to secure a campaign permit from the Commission on Elections (Comelec).

European ambassadors in the Philippines slam the ‘blatant untruths’ and disinformation on Russia’s invasion of Ukraine in an opinion piece written by Russian Ambassador to the Philippines Marat Pavlov.