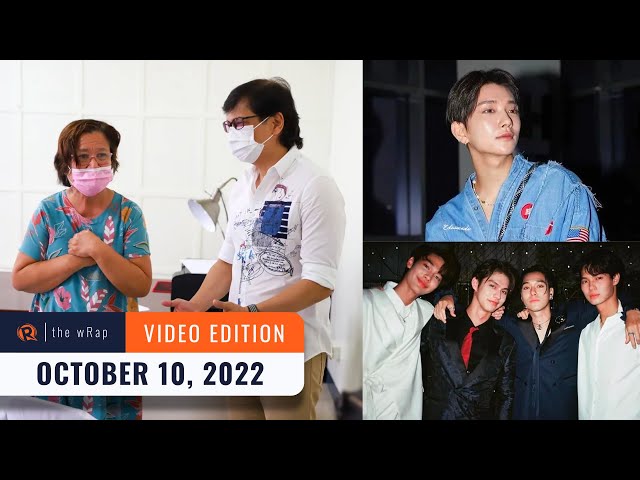 President Ferdinand Marcos Jr. signs, on Monday, October 10, the SIM Card Registration Act, which requires Filipinos to register their SIM cards along with any government-issued identification document in an ambitious move to combat fraud.

A three-year-old child nicknamed “Ammy” is the only child to escape unscathed last week’s massacre at a nursery in northeast Thailand.

The Land Transportation Franchising and Regulatory Board warns Public Utility Vehicle drivers against overcharging their passengers.

Filipino-Australian singer James Reid is featured in “Yes,” one of the songs in Korean rock band The Rose’s latest album Heal.

The cast of F4 Thailand: Boys Over Flowers is coming to the Philippines. Thai entertainment group GMMTV announces the Thai actors are bringing their ‘Shooting Star concert tour’ to Manila on November 19 at the World Trade Center, Pasay. — Rappler.com