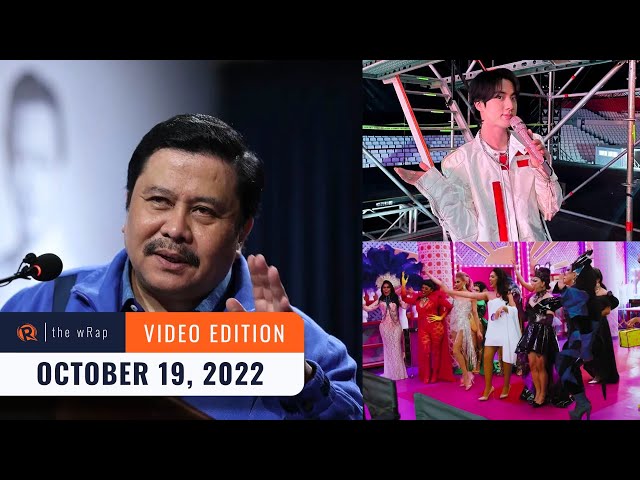 Senator Jinggoy Estrada clarifies his comment on proposing a ban on Korean dramas and other foreign-made shows stems from his frustration with the public’s “lack of support” for the Filipino entertainment industry.

The suspect behind the killing of broadcaster Percy Lapid faces a murder complaint. The complaint against Joel Escorial includes three others: brothers Israel and Edmon Dimaculangan, and a certain “Orly.”

Human rights groups and advocates explain why unannounced police visits can cause anxiety to the public. This comes as police make uncoordinated visits to several journalists with the intention to secure them, following the killing of broadcast journalist Percy Lapid on October 3.

US President Joe Biden promises to sign a law to codify abortion rights in January if Democrats control the legislature next year.

K-pop singer Jin of BTS will release his first official solo single. BIGHIT Music announces the song, titled “The Astronaut”, will be released on October 28 at 1PM.