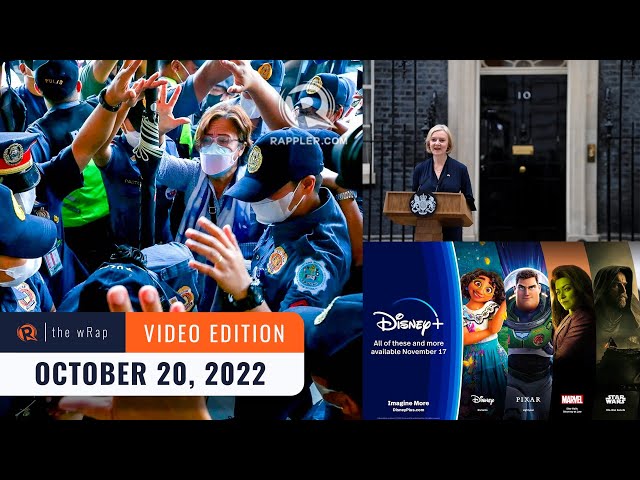 The Canadian province of Saskatchewan is open to hiring hundreds of healthcare workers from the Philippines over the next two years.

British prime minister Liz Truss is resigning just six weeks after she was appointed. This makes her the shortest serving prime minister in British history.

After a long wait for Filipino viewers, Disney+ will finally be available in the Philippines starting November 17.