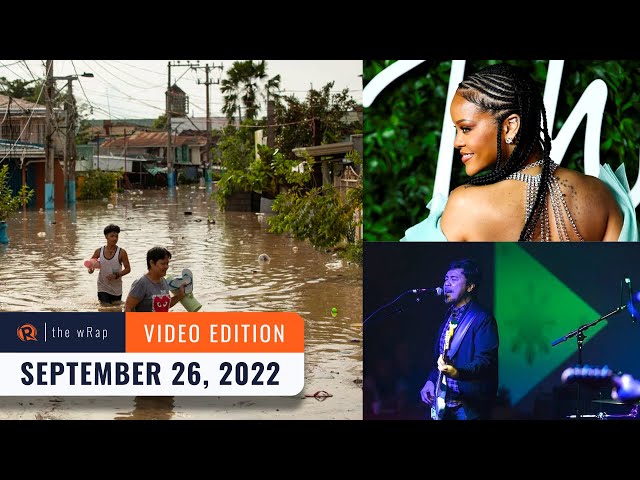 Former Manila Mayor Isko Moreno still faces an overspending complaint 10 years after it happened. The case was filed by the Commission on Elections five years ago and raises concerns about the Comelec’s backlog.

Filipinos will again be allowed to travel to Taiwan visa-free starting September 29 until July 31, 2023, and will be allowed to stay in Taiwan for up to 14 days.

Pop star Rihanna will perform at the Super Bowl halftime show in February 2023 in Glendale, Arizona. The Grammy-winning singer is filling one of the most coveted slots in the US music calendar, watched by millions of television viewers annually.

Eraserheads bassist Buddy Zabala opens up about his band’s controversial reunion. Zabala explains the decision to let guitarist Marcus Adoro play or not is out of the musicians’ hands and is up to the show’s producers.

The Court of Appeals junks actor Vhong Navarro’s motion to reconsider its order to file charges of rape by sexual intercourse and acts of lasciviousness against him. — Rappler.com

Taiwan ramps up tourism drive in Philippines as borders reopen