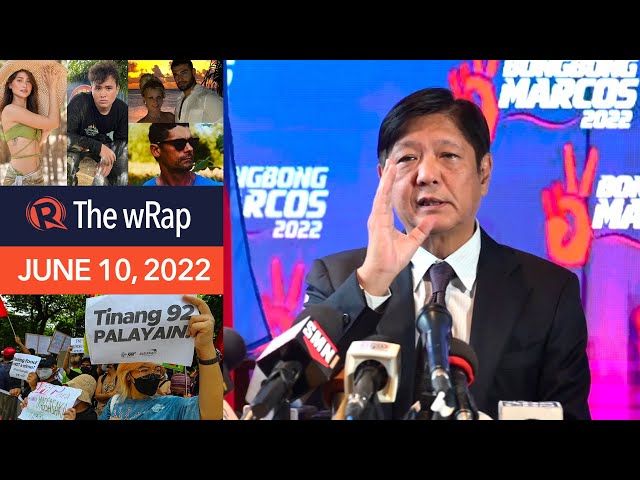 President-elect Ferdinand Marcos Jr. discusses with the United Nations and European diplomats a ‘high level of accountability’ in terms of human rights in the Philippines.

The police arrest over 90farmers and land reform advocates in Concepcion, Tarlac on Thursday, June 9. According to peasants group Amihan, the farmers and their supporters were holding a cultivation activity at Hacienda Tinang when they were arrested by the police.

The Philippines lodges, on Thursday, June 9, a diplomatic protest against China, after over a hundred of its vessels were spotted back in Julian Felipe Reef in the West Philippine Sea.

Members of the K-pop superstar BTS return, on Friday, June 10, with their comeback album ‘Proof’ and drop a new music video for lead single ‘Yet to Come.’