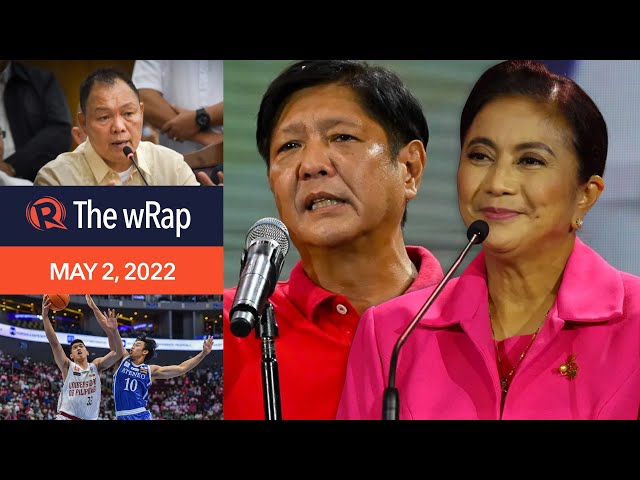 Ferdinand ‘Bongbong’ Marcos Jr sustains his lead over his rivals in the 2022 presidential race, according to a new Pulse Asia survey conducted on April 16 to 22.

Presidential candidate Senator Manny Pacquiao pays a visit and lays a wreath at the Press Freedom Monument as soon as he arrives in Cagayan de Oro on Saturday, April 30, to honor 201 journalists killed since 1986.

The UP Fighting Maroons slay the Ateneo Blue Eagles on Sunday, May 1, halting the defending champion’s 39-game winning streak in the UAAP men’s basketball competition. – Rappler.com