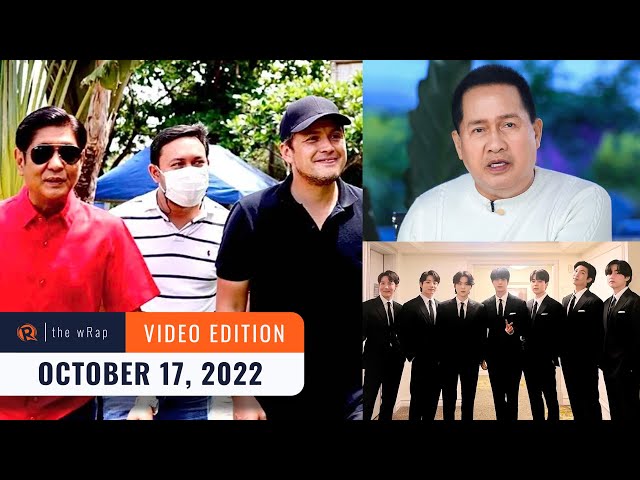 Director Paul Soriano is appointed by President Ferdinand Marcos Jr. as his adviser on creative communications.

The Daily Mail reports British lawmakers will try to oust Prime Minister Liz Truss this week, despite Downing Street’s warning it could trigger a general election.

All is well between Selena Gomez and Hailey Bieber as they pose for their first photo together at the 2022 Academy Museum Gala in Los Angeles!

Members of Korean pop superstar group BTS will start preparations to enter the military. In a statement to investors, Monday, October 17, BTS’ management HYBE announces, “Jin will request to cancel the delay of his military enlistment then follow the enlistment process.” — Rappler.com