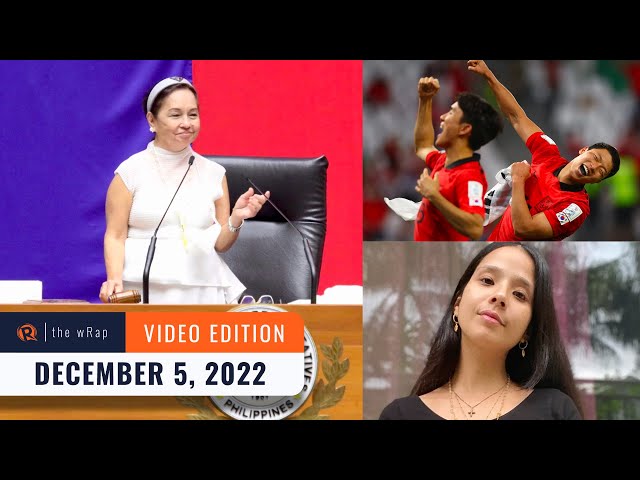 The Bureau of Fisheries and Aquatic Resources backpedals on the crackdown on pink salmon and pompano in wet markets, a few days before the supposed implementation of the ban.

Indonesia is expected to ratify sweeping changes to its criminal code on Tuesday, December 6, which includes articles that would penalize sex outside of marriage with up to one year in jail.

South Korea snatches a 2-1 comeback win over Portugal in the World Cup on Friday, December 2. But the Koreans faced a 10-minute wait on the pitch before discovering it was enough to send them into the knockout stage called the ‘last 16.’

The Pantone Color Institute announces the Color of the Year for 2023: Viva Magenta or Pantone 18-1750. The vivid crimson is described by Pantone as ‘an unconventional shade for an unconventional time.’

Months after confirming she was single, actress Maxene Magalona gets candid about her separation from ex-husband Rob Mananquil. — Rappler.com

‘Viva Magenta’ is Pantone’s 2023 color of the year

Pantone picks Ultimate Gray, Illuminating as colors of the year for 2021