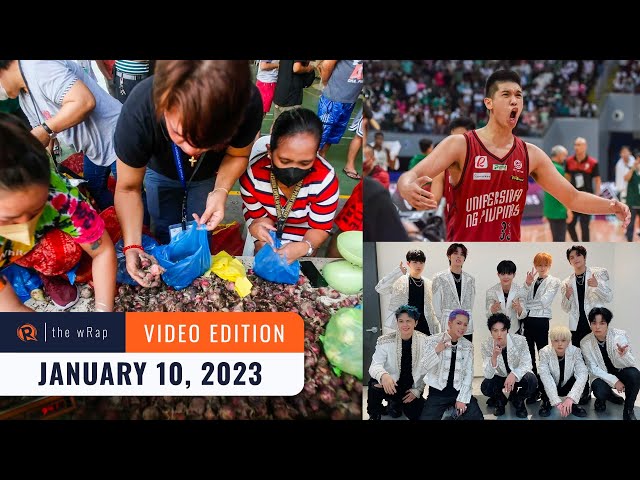 The Department of Agriculture, concurrently headed by President Ferdinand Marcos Jr., approves the importation of 21,060 metric tons of onions to address the supply gap that caused prices to skyrocket.

Former Department of National Defense officer-in-charge Jose Faustino Jr. breaks his silence citing the reappointment of General Andres Centino as chief of the Armed Forces of the Philippines as the reason for his resignation as the country’s top defense official.

The National Telecommunications Commission orders private telecommunication companies to temporarily cut off network services on January 14 and 15 in areas located in Mandaue, Lapu-Lapu, and Cebu City.

The UP Fighting Maroons’ power forward Carl Tamayo confirms rumors he is going pro with the Japan B. League.