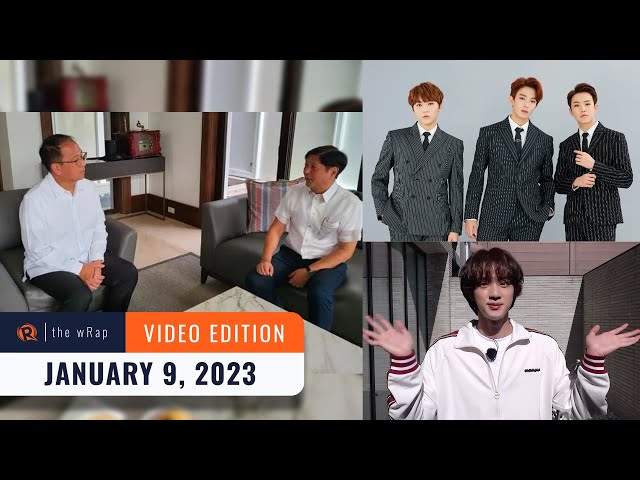 PNP: Over 500 cops submit courtesy resignation. This comes after Interior Secretary Benhur Abalos issued the order to cleanse the Philippine National Police of officials involved in the illegal narcotics trade.

Finally! SEVENTEEN’s BSS confirms February comeback. The upcoming album will mark the BooSeokSoon sub-unit’s first release in five years, since they made their debut March 2018 with the digital single “Just Do It.”

‘Nevertheless’ star Song Kang coming to PH. Heads up, Filipino K-drama fans! South Korean actor Song Kang will be visiting the Philippines for a meet-and-greet as an ambassador of a skincare brand.