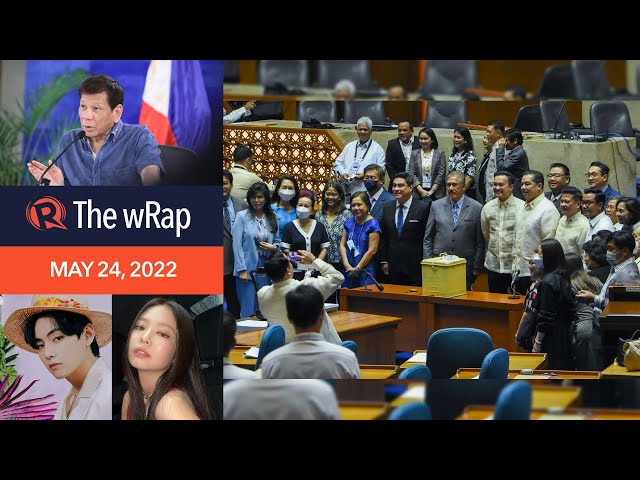 The House of Representatives and the Senate convene in a joint session Tuesday, May 24, to canvass the votes for president and vice president in the 2022 national elections.

Vice President Leni Robredo’s free teleconsultation services Bayanihan E-Konsulta, which was launched during the pandemic, will end its operations by May 31.

Philippine President Rodrigo Duterte launches a fresh tirade, in a televised address on Monday, May 23, against the United States and other Western powers for lack of action on reducing carbon emissions.

ARMYs and Blinks band together to defend their idols as dating rumors of BTS’s V and Blackpink’s Jennie emerge Sunday, May 22.