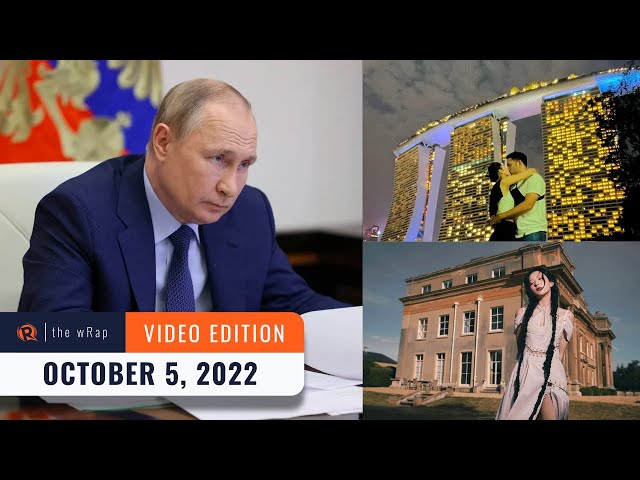 Russian President Vladimir Putin completes the formal annexation of more than 15% of Ukraine on Wednesday, October 5.

South Korea and the US military conduct missile drills in response to North Korea’s launch of a ballistic missile over Japan.

Malacañang will “take a look” at the killing of a broadcast journalist known for his biting critique of President Ferdinand Marcos Jr’s administration.