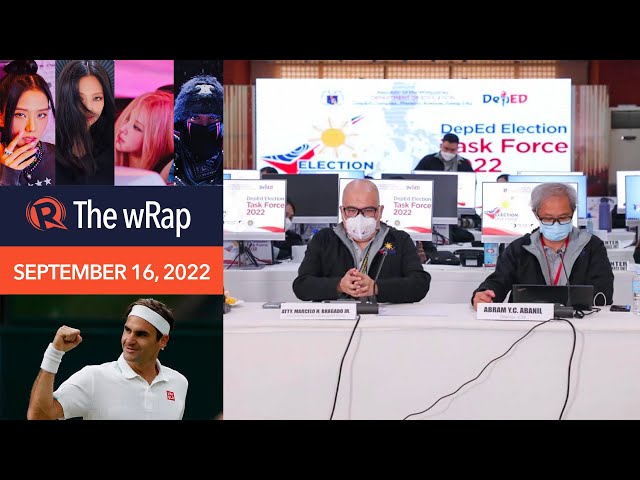 An official from the Department of Education (DepEd) says the procurement of P2.4-billion worth of “overpriced and outdated” laptops was defective because it happened without the prerequisite documents.

Novaya Gazeta, one of Russia’s few remaining independent news outlets, is stripped of its last media license on Thursday, September 15.

Presidents, prime ministers and monarchs from around the world will travel to London over the weekend to pay their respects to Queen Elizabeth II and attend a reception at Buckingham Palace to be hosted by King Charles the day before her funeral.

The long wait is over BLINKS! K-pop girl group BLACKPINK is back with their second studio album “BORN PINK,” and another electric, new music video for “Shut Down.”

Tennis legend Roger Federer announces he will retire after next week’s Laver Cup in London, after a career spanning more than two decades.

Julia Barretto sets the record straight on her relationship with boyfriend Gerald Anderson, after rumors of the two breaking up circulate on social media.