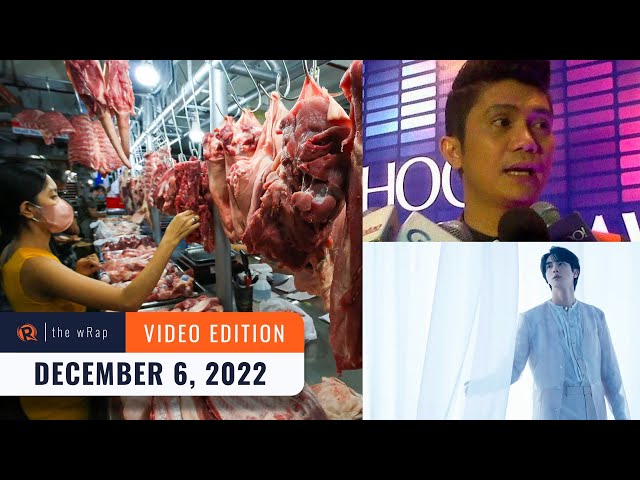 The Philippines’ inflation rate jumps further to 8% in November 2022, the highest recorded since November 2008.

Aside from COVID-19, President Ferdinand Marcos Jr. orders the Health department to prioritize campaigns against human immunodeficiency virus or HIV and tuberculosis infections.

Philippine transport payment card Beep clarifies it did not profit from cards sold to the public, despite selling cards online at higher prices.

In football, Brazil shreds South Korea, with a final score of 4-1, in one of the best performances of the 2022 World Cup.

A Taguig court grants the bail petition of host-comedian Vhong Navarro, allowing him to pay P1 million pesos for his temporary liberty in the rape case filed by model Deniece Cornejo.

K-pop superstars BLACKPINK end the year with a bang as Time Magazine names the group 2022 Entertainer of the Year.

BTS Jin will enter the military without fanfare. Korean label BIGHIT Music says no official event will be held on the day of BTS member Jin’s upcoming military recruitment. — Rappler.com