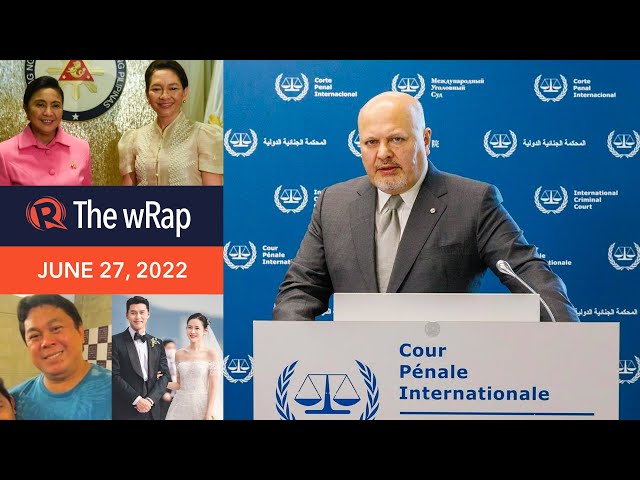 International Criminal Court Prosecutor Karim Khan files a request with the pre-trial chamber, asking that they be allowed to resume probe into the killings in Davao City and in President Rodrigo Duterte’s bloody war on drugs.

The health department records a 53% increase of new COVID-19 cases in its weekly case bulletin Monday, June 27, with 4,634 new cases reported from June 20 to 26.

The Philippines’ Fuschia Anne Ravena is named Miss International Queen 2022 during the coronation night held in Thailand on Saturday, June 25.