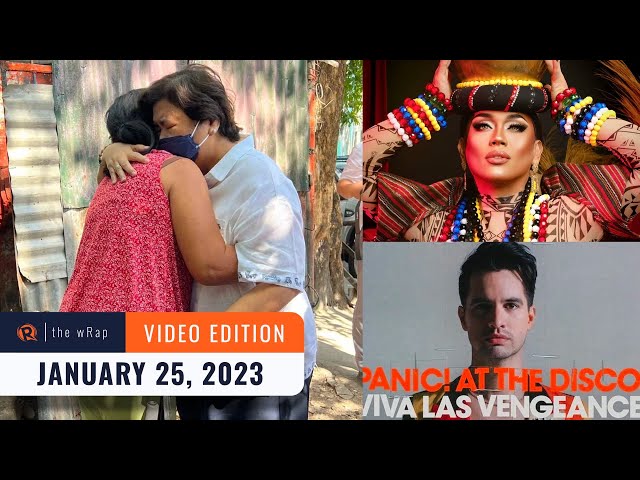 Bureau of Corrections superintendent Ricardo Zulueta is still a no-show during the continuation of the preliminary investigation into the death of broadcaster Percy Lapid.

Supreme Court Senior Associate Justice Marvic Leonen questions whether the no contact apprehension policy or NCAP will result in an unjust ‘transfer of wealth.’

The Academy of Motion Picture Arts and Sciences announces nominations for the 2023 Oscars. Michelle Yeoh makes history as the first Asian actress to be nominated for the Best Actress Oscar in the Academy’s 95 years.

From the United Kingdom to Los Angeles! Drag Race Philippines’ season 1 winner Precious Paula Nicole will be one of the performers for RuPaul’s DragCon in Los Angeles, USA.

After nearly two decades, Panic! At The Disco is disbanding. Frontman Brendon Urie makes the announcement in an Instagram post explaining he will be focusing more on his family as he and his wife Sarah are expecting their first child. — Rappler.com