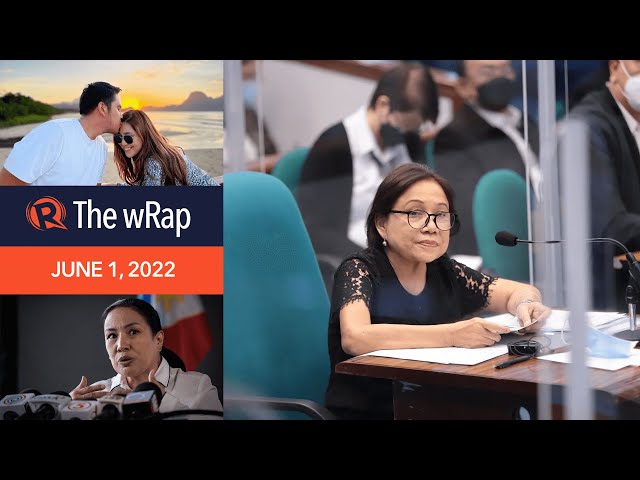 Senator Cynthia Villar exits the fight for the Senate presidency and instead chooses to back Senate Majority Leader Juan Miguel ‘Migz’ Zubiri.

Incoming press secretary Trixie Cruz-Angeles says the PCOO under her leadership will prioritize the accreditation of vloggers to allow them to attend Malacañang briefings.

Moira dela Torre and Jason Marvin Hernandez are splitting up after three years of marriage. The ex-couple makes the announcement in a joint statement posted on Jason’s Instagram on Tuesday, May 31. – Rappler.com