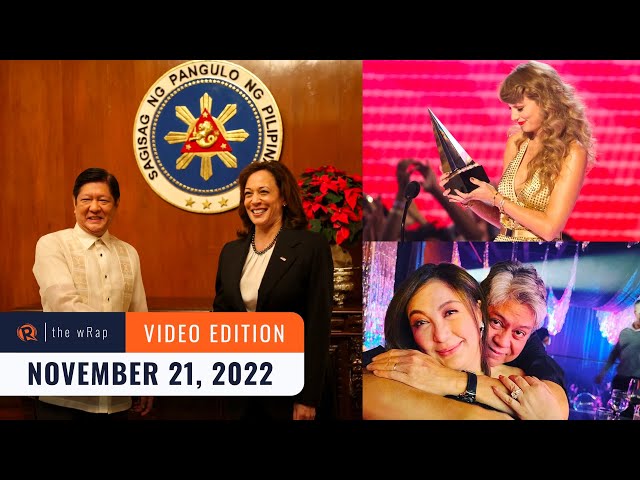 President Ferdinand Marcos Jr.’s dream to power up the Philippines with nuclear energy gains support from US Vice President Kamala Harris, who is currently in the country.

North Korean leader Kim Jong Un reveals his daughter to the world for the first time on Saturday, November 19.

A gunman opens fire inside an LGBTQ nightspot in Colorado Springs late on Saturday, November 19, killing at least five people and injuring 25 others.

Pop superstar Taylor Swift is named Artist of the Year, the most prestigious honor at the American Music Awards on Sunday, November 20.