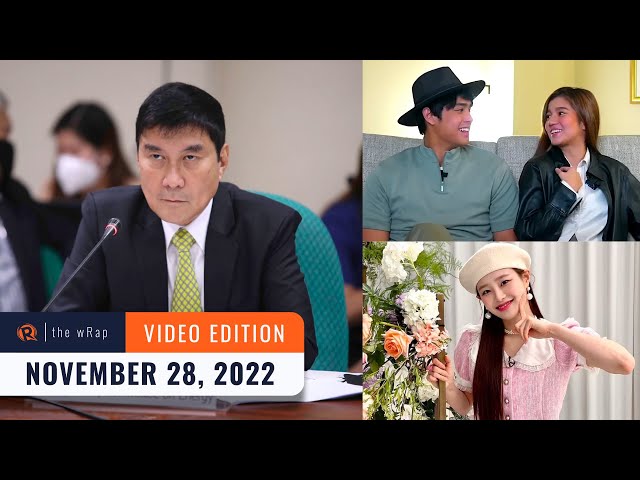 Senator Raffy Tulfo expresses support for the decriminalization of libel, but highlights that those who spread disinformation ‘should be exempted’ from this.

In a rare, widespread outpouring of public dissent, Chinese protesters turn to blank sheets of paper to express their anger over COVID-19 restrictions.

Kobe Bryant’s daughter, Natalia, files a request for a temporary restraining order against her stalker. According to a TMZ sports report, the suspect, one Dwayne Kemp, allegedly began trying to contact Natalia when she was 17 years old.

ABS-CBN’s biggest and rising stars from its talent management Star Magic come together for a thanksgiving event.

What have DonBelle learned about love in making their blockbuster film, ‘An Inconvenient Love?’ In an exclusive conversation with So Jannelle TV, rom-com team Donny Pangilinan and Belle Mariano say love doesn’t always have to be convenient.