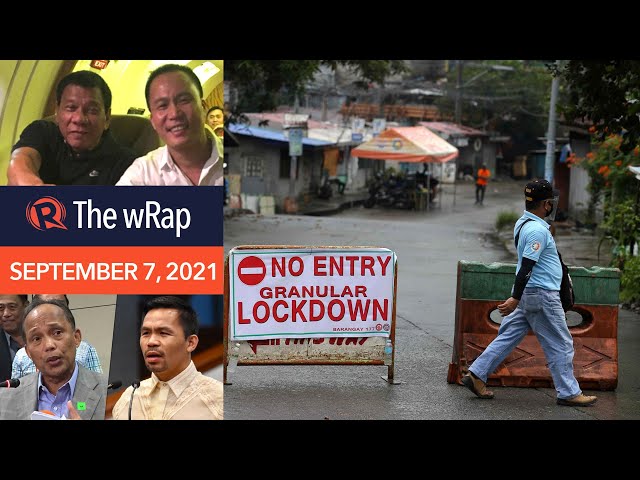 In a last-minute backtrack, the Philippines’ pandemic task force retains the modified enhanced community quarantine or MECQ status in Metro Manila until September 15.

The PDP-Laban faction led by Energy Secretary Alfonso Cusi asks the Commission on Elections to declare the camp of senators Manny Pacquiao and Aquilino Pimentel III as ‘illegitimate.’

Memes and satirical posts pop up on the internet hitting Public Works Secretary Mark Villar. It all started after Villar posted on his verified Facebook page a photo of the Iloilo Esplanade on Friday, September 3 and captioned it ‘#BuildBuildBuild.’

Is Heart Evangelista joining the cast of reality TV series Bling Empire? In a video shared by Evangelista on Twitter, entertainment tabloid site TMZ’s crew asked her if she would be appearing on season 2 of Bling Empire. – Rappler.com