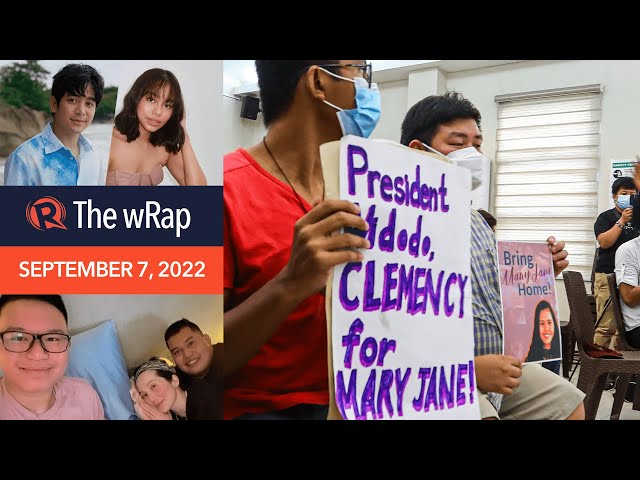 The Philippines is asking Indonesia to pardon Mary Jane Veloso, the Filipino who has been in jail since 2010 over drug trafficking charges.

Joshua Garcia gets his followers buzzing with dating rumors after posting photos of vlogger Bella Racelis. On Tuesday, September 6, the actor shares a reel on his separate photography account JG IMAHE.

Kris Aquino shares she is set to “finally start” immunosuppressant therapy. Kris left for the United States in early June to receive treatment for various autoimmune diseases, and has been based in Houston, Texas.

Rookie K-pop girl group Lapillus is now in the Philippines for two weeks of promotional activities. The overseas promotion is extra special for Filipino-Argentinian member Chanty, as this is her first time to return to the country after her debut as a K-pop idol.

Thai actor Gulf Kanawut is set to hold his first fan meeting in the Philippines! Concert promoter PULP Live World announces the 24-year-old star is holding a show on October 2 at the Araneta Coliseum. — Rappler.com