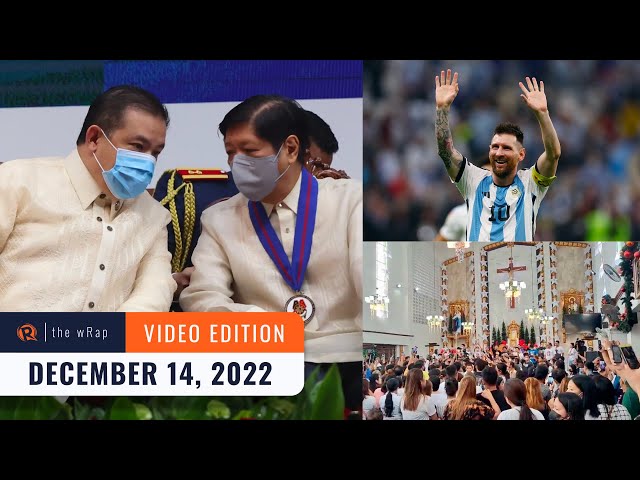 US President Joe Biden signs the Respect for Marriage Act into law on Tuesday, December 13, at a jubilant celebration that featured US singer Cyndi Lauper performing ‘True Colors’ in front of thousands of supporters on the White House lawn.

Football giant Lionel Messi confirms he will play his last World Cup game when Argentina takes on France or Morocco in the final on Sunday, December 18, in Qatar.

Hundreds of supporters, friends, and kin pay their last respects to singer Jovit Baldivino during his funeral mass and burial in Batangas province.

Miles Morales is in for one huge adventure, with Sony Pictures Entertainment releasing a new trailer for Spider-Man: Across the Spider-Verse.

Netflix says its documentary series about Britain’s Prince Harry and his wife Meghan racked up more viewing time on the streaming service, than any other documentary during its first week. — Rappler.com