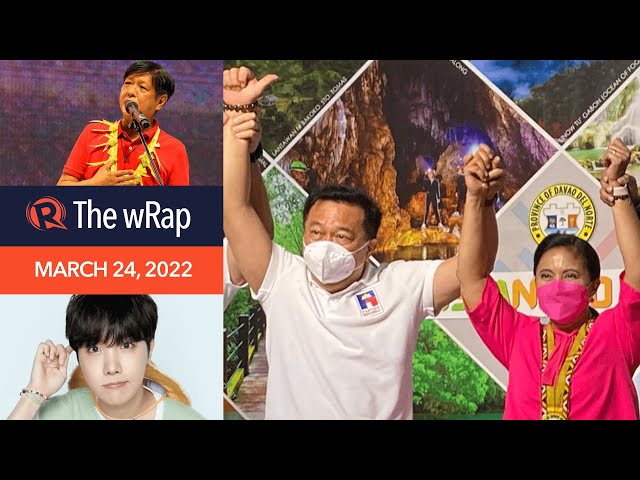 The Comelec conducts an unprecedented random inspection of ballots. Election observation groups and members of the media participate following criticisms of alleged lack of transparency in the poll body’s pre-election operations.

The first female US secretary of state Madeleine Albright dies on Wednesday, March 23, at the age of 84. Her family announces her death on Twitter saying she died of cancer.

BTS member J-Hope tests positive for COVID-19. His agency, BIGHIT MUSIC, announces in a statement that J-Hope took a PCR test on Wednesday, March 23 after suffering from a sore throat. – Rappler.com