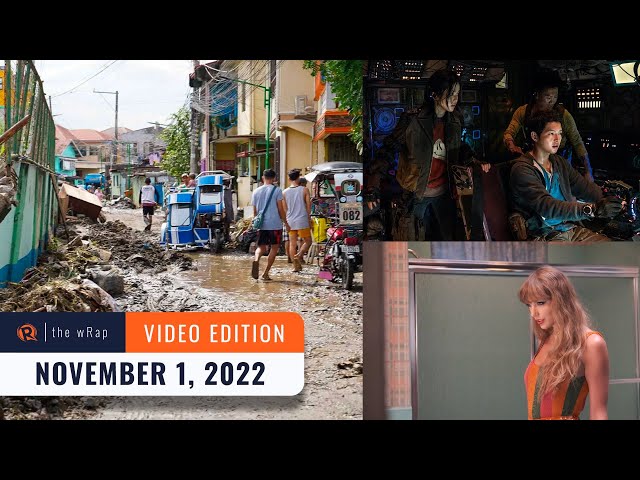 The Department of Agriculture says severe tropical storm Paeng wipes out at least P1.3 billion worth of agricultural goods.

Singer-songwriter Danny Javier of the Apo Hiking Society dies on Monday, October 31. He was 75.

Once again, Filipino celebrities pull out all the stops this Halloween with their creative ensembles.

South Korean actors Song Joong-ki and Kim Tae-ri address dating rumors, denying they are in a relationship in a statement by both their agencies.

Backstreet’s back, alright! Backstreet Boys is bringing their DNA World Tour 2023 to the Philippines. The ’90s boyband is holding a one-night show at the Mall of Asia Arena on February 20, 2023.

Taylor Swift makes history as the first artist to take over the entire Top 10 of the Billboard Hot 100 chart, with tracks from her latest album ‘Midnights.’ — Rappler.com