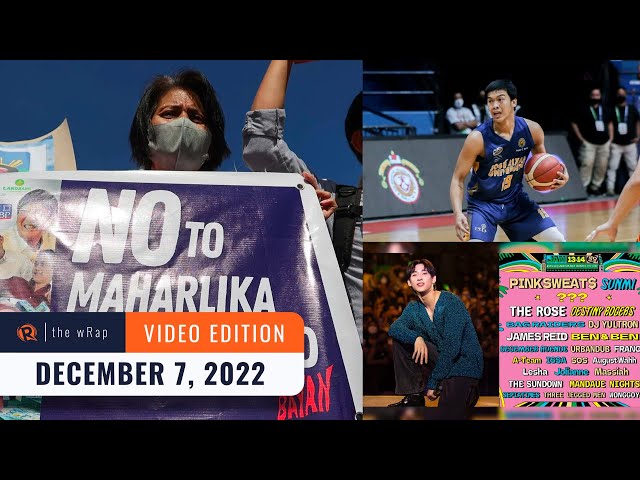 The Philippine Chamber of Commerce and Industry or PCCI joins other major business groups in criticizing the proposed Maharlika Wealth Fund or MWF.

A Senate panel passes a bill seeking to punish discrimination against persons based on their sexual orientation, gender identity and expression, and sex characteristics or SOGIESC.

After 13 years, director James Cameron releases the long-awaited sequel to Avatar. Avatar: The Way of Water takes audiences back to the enchanting world of Pandora.

Britain’s Prince Harry and wife Meghan accept a human rights award at a “Ripple of Hope” gala in New York, where they were honored for addressing racial injustice and mental health.

GOT7 member BamBam is reportedly part of the lineup for the Wavy Baby Music Festival happening in Cebu on January 13 & 14, 2023. — Rappler.com