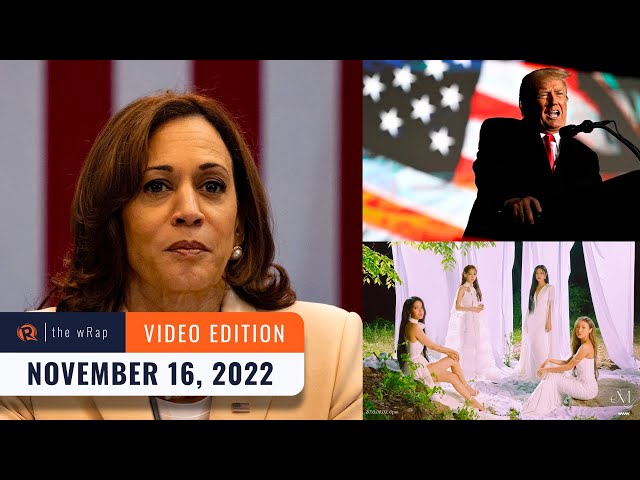 US Vice President Kamala Harris will visit Palawan in the Philippines, at the edge of the disputed South China Sea.

The House of Representatives approves a bill seeking to raise the number of paid service incentive leave credits granted to qualified employees from five to 10.

Former US president Donald Trump launches a bid to regain the presidency in 2024. Trump makes his announcement at his Florida estate, a week after midterm elections in which Republicans failed to make a ‘red wave’ in Congress.

Jose Rizal University expels controversial player John Amores from the Heavy Bombers basketball team, over a week after he started an on-court brawl in the NCAA.

K-pop girl group Mamamoo is heading to Manila for a one-night concert on February 12, 2023. The show is part of their MYCON World Tour.

Pop icon Beyonce receives the most 2023 Grammy nominations with nine in total, putting her in a tie with her husband, rapper Jay-Z, as the most nominated artist of all time.