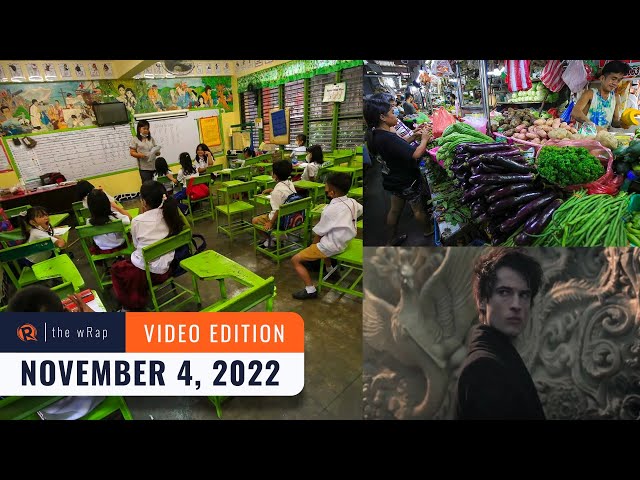 The Department of Health reports some 3,900 youth aged 12 to 17 got infected with COVID-19 from September to November, which marks the return of Philippine schools to face-to-face classes.

The Philippines’ inflation rate spikes to 7.7% in October, the highest in nearly 14-years. National Statistician Dennis Mapa says it is the highest since December 2008’s 7.8%, when the world suffered a financial crisis.

The anti-graft court dismisses the government’s petition to forfeit the properties of the late former Supreme Court chief justice Renato Corona and his wife Cristina.

A pro-Marcos vlogger reveals the United Vloggers and Influencers of the Philippines or UVIP are disbanding on bad terms.

A UNESCO report says some of the world’s most famous glaciers, like the Dolomites in Italy, the Yosemite and Yellowstone parks in the United States, and Mount Kilimanjaro in Tanzania are set to disappear by 2050 due to global warming.

The Dream continues! Netflix announces fantasy drama series ‘The Sandman’ is renewed for a second season.