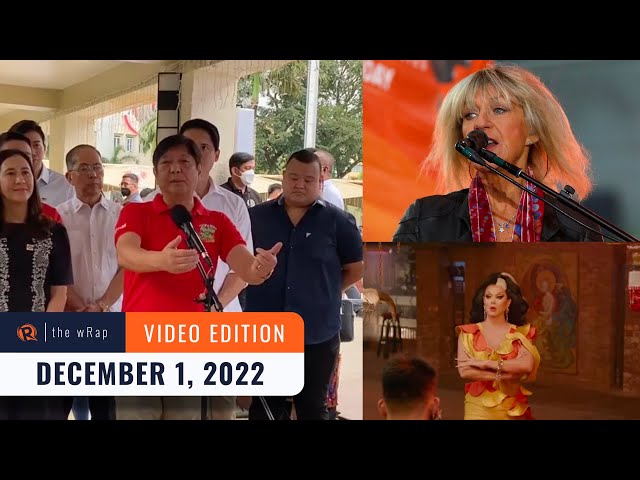 President Ferdinand Marcos Jr. says the Philippines must find a way to explore for oil and gas in the West Philippine Sea, even without a deal with China.

The European Union threatens Elon Musk’s Twitter with a ban unless the billionaire abides by its strict rules on content moderation.

K-pop stars HyunA and DAWN break up after eight months of being engaged. HyunA says they ‘decide to remain as good friends and colleagues from now on.’

A Park Shin-hye and Park Hyung-sik reunion may just be in the cards! They are currently in talks to star in a new Korean medical drama called Doctor Slump.

The first official trailer for Drag Den Philippines gets everyone extra hyped about its premiere. Dubbed as the drag pageant ‘for Filipinos, by Filipinos,’ the franchise shares the trailer Thursday, December 1. – Rappler.com