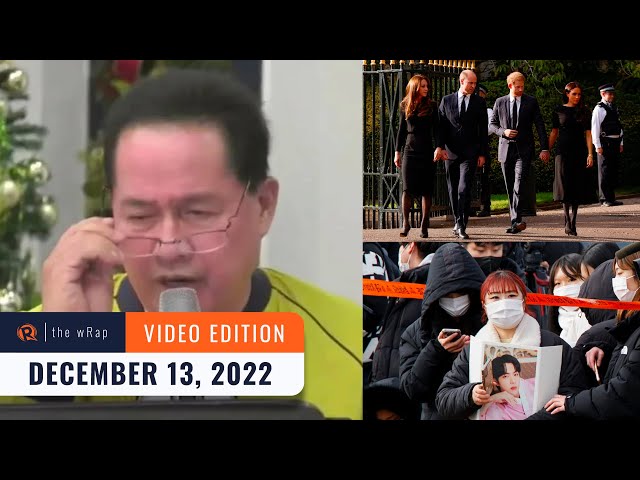 Embattled preacher and self-styled ‘Son of God’ Apollo Quiboloy lashes out at the United States, accusing its government of violating his human rights.

Prince Harry appears to say Britain’s royal household was prepared to lie to protect his elder brother Prince William, in a new trailer for the Netflix documentary series about him and his wife Meghan.

Filipina actress Dolly de Leon is on a roll! After several nominations and awards, she is now nominated for Best Supporting Actress in the 2023 Golden Globe awards, for her performance as the indomitable toilet cleaner Abigail in Ruben Ostlund’s ‘Triangle of Sadness.’

Two songwriters drop their lawsuit claiming Grammy-winning musician Taylor Swift copied their lyrics in her 2014 number-one hit ‘Shake It Off.’